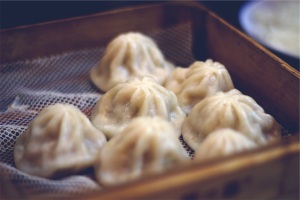 Once, driving south on I-95, I saw a truck with the sign “Start to Finish Remodeling.” The traffic was stop-and-go, so I encountered the truck five or six times. The first time, I thought, “That’s a good business name. Direct and simple.” But then as I saw the truck over and over, I began to read it as go ahead and start to finish remodeling, but then perhaps move onto another job. Get down to the studs and then disappear, so the homeowner has to live like a hairless raccoon in the cold garage or crawl space and there’s a hole in the kitchen wall and she has to poop in a bucket and is constantly overtired at work and has an eye twitch. And as I surged ahead in traffic, I wondered how I could indicate to the people in the truck that they could insert hyphens and clarify their business model. Start-to-Finish Remodeling. Or From Start to Finish Remodeling.

Similarly, a seemingly simple, direct approach to making sure the young charges in my care do not get scurvy or rickets is putting all sorts of cooked and raw vegetables in front of them at meals, just before meals, after meals, and/or as snacks. But what happens is one kid enthuses falsely over them and doesn’t eat them, and the other, younger and less sophisticated one mimes eating them, thinking that we can’t tell that he is not actually eating them. I tried to develop their palates in utero and ex utero, by eating all sorts of vegetables and variously spiced things when pregnant and by serving them pureed organic vegetables when they were babies. But the vegetables have just become part of a disused plate landscape and so, despite the fact that I loudly objected to and fully scorned the practice of pureeing vegetables and “hiding” them in food when I first heard about it, because it seems like utter nonsense, weak parenting, and just a sign of some fucking ethical apocalypse, I now do that.

I steam and puree half a head of cauliflower and then add it to a beurre blanc cheese sauce when I make macaroni and cheese, and I do the same thing with green beans, carrots, spinach, and sometimes broccoli whenever I make anything (like pizza) that involves tomato-based pasta sauce, because you can neither taste nor see any of the vegetables. Ugh.

It is nonsense. It’s like super low-level spycraft, and probably a gateway deceptive practice… like eventually someone else will come to look like Victor Yushchenko after eating dinner at my house, and suddenly I will have a Swiss bank account full of rubles. And I want to be able to do super high-level spycraft. I want to be able to disarm a trained killer with a rolled up magazine, but the only time I have ever applied anything I learned in a Jason Bourne movie was when I forgot where I parked my car and ambled through a large lot pressing my key fob until my car hooted back at me. And I know that if I ever get a motorcycle license so I can pursue arms dealers across clay tile rooftops, I will be too haunted by the specter of one of my sisters’ leather ensembles, a 1980’s-era red leather pants and red leather blazer set–which she wore with red pointy toe high heels with a reasonable 3-inch heel and a red leather bow on a hair clip—to wear a full leather outfit, so I will never be able to successfully execute a controlled slide on my hog. Also… I still remain bemused by leather chaps on motorcycle riders. Do they not fear for the road rash their butts could get if they crash? Because a big scrape on your shin stinks, but getting gravel embedded in your tuckus or your frontus truly gives me pause, and I had one of those extra-gory, emergency-filled birth experiences that all the practitioners of midwifery actively ask you not to share so as to avoid scaring people into C-sections… anyway. Chaps seem to miss an important point, is all.

I am deferring providing the main event here, because it makes me sad. I wanted to make vegetables appealing to my children but not to hide them, and I also wanted to stuff my husband with vegetables because although I am not bossy I do feel that he occasionally needs to be managed, so I made vegetable dumplings according to a bracket system recipe search for the best of all possible vegetable dumplings. It was supposed to be the pinnacle, etc. I had all the right ingredients except that I couldn’t find white cabbage so went with purple, and I neglected to include white pepper because, like white chocolate, it seems like a joke.

A wok, a sauce pan, a rice cooker, a large saute pan, a cookie sheet, and another pan later, I had made vegetable fried rice that tasted like mattress stuffing and had a sheet of dumplings full of vegetables that appeared to be a fish kill situation, possibly because of hot effluent water coming from a nearby water treatment plant. Wonton wrappers get semi-transparent if you steam the dumplings (and of course I decided to fry them and then also steam them, because why make one decision when two will ruin everything?) and they looked like sunburnt X-ray Tetra fish, which are cool but not appetizing. And because I had decided not to prepare any of the 14 vegetables involved beforehand, by the time I had shredded and chopped and sautéed everything and then spooned a mountain of dumpling ingredients by the teaspoon into tiny wonton wrappers and pinched them shut, I didn’t have time to make the one thing I had successfully made before – a ginger scallion dipping sauce that masks a lot of problems. So my husband told the kids they could use ketchup, which I vetoed, but then all they did was spread the rice out on their plates and unwrap the dumplings like they were the worst birthday presents ever.

The other night, however, the 2-year-old ate a piece of roasted broccoli somewhat excitedly, saying he was “just like a garbage truck.” I can’t take credit for that (well, I can, as a maker of trash-food); it comes from a song in a series called Truck Tunes and, if you want to go insane, you can check it out here: https://www.youtube.com/watch?v=HWLuXiA-Lsw