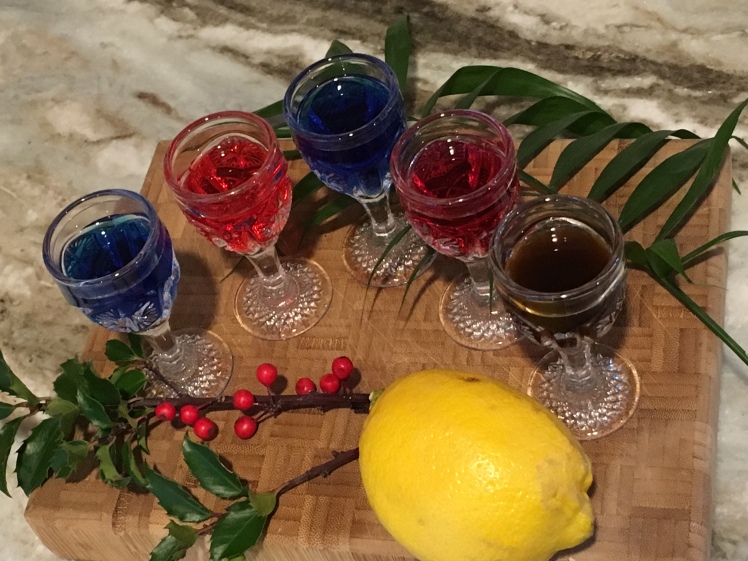 There is nothing sweeter or more luscious than an illness that begins on New Year’s Eve and lasts until… maybe next week? Hopefully next week will see the conclusion of this marvelous journey I have taken, or rather, that I was taken on, like a person going for a walk who is suddenly swept up against her will by the van that goes to the morgue. Or the dump. Or a detention center like those where dissidents were sent ahead of the 2008 Beijing Olympics.

One night a woman in a festive unitard is telling you you probably favor more organic shapes in a basement bar and draws a design over your left eyebrow, and the next morning you are laid out on the couch, even though nothing you did on NYE really warrants that. And then soon enough, it’s January 4th, and school vacation is over and you are ready to Get to Work and start fulfilling resolutions, including going to the yoga studio down the street 30 times in 31 days, even though your muscles began to atrophy over Christmas and a proper down dog is a dreamy dream, but all you do is shiver in bed all day.

And then it becomes three days, and then a week, and then two weeks, and your dreams and daydreams have melded together and you have memories featuring actors or political figures whom you have never met, and they seem to have inhabited your house, despite the fact that it is not large enough to hold them. And you have announced several times, firmly and with confidence, that one more day of rest will wrap this up and isn’t rest so great and important and not demoralizing and lonely and unproductive in the gray daytimes of unseasonably warm weather?

What’s also cool about a persistent upper respiratory infection is that you get to purchase and then empty many types and brands of decongestant in large bottles, including severe cold and flu elixirs involving sleep aids or wakefulness enhancers, and also, as a bonus, when you’re super tired and buying Kleenex, you buy the 99-cent ones that are laced with Vicks Vapor Rub and are therefore disgusting. It’s like holding a very bracing diaper to your stuffed nose. Also, because your body is desperately trying to get the junk out of your chest, you engage in operatic public vomiting in places including but not limited to the sidewalk in front of your office, the sewer grate by the entrance of the noodle place you were hoping to go for miso until you barfed in front of everyone eating there, your driveway, the post office steps, and, less publicly and therefore more intimate and just… worse, the bathroom stall next to the one occupied by the Marketing Director. You realize that any witnesses would reasonably conclude that you are hung over or a drug addict, and recall that the last time you saw someone else vomit in public, you were at a playground where a man who had held his head in his hands at a picnic table for 45 minutes suddenly puked into a trash can, and your friend who grew up in NYC noted that the parks of her youth were sometimes awash in junkies doing just the same thing. 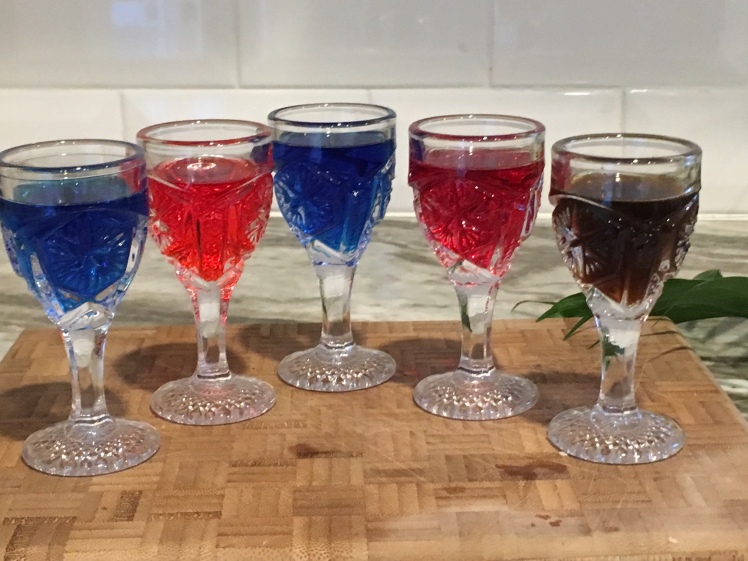 And then after three weeks and no improvement, but during which time you have managed to infect both your toddler son who likes to jam his head between your legs during coughing attacks and shout, “Are you very very SICK?!” and your daughter, and who therefore wake up every night coughing and/or vomiting because they inherited your weak gag reflex, you go to the doctor and get three prescriptions, including cough syrup with MORPHINE (to help you sleep). But you don’t take it every night because the concern is that no one will wake up if the toddler or six-year-old needs help getting to the bathroom to be gross. And indeed, one evening you go to your friend’s house, where there are also friends with a two-week-old baby and that perfect baby will not be made sick by you so you keep your face mostly in your own sweater, and everything seems cool, and then in a rush of warm feelings you feed each kid a chocolate cupcake for dessert, and then at 3 a.m. the toddler starts crying so you go hold him in your lap, which he proceeds to fill with hot, chocolatey barf and then cries a little waterfall on your still-congested and wheezy chest.

In other news, the six-year-old can get herself out of bed and to the bathroom, only to vomit heavily all over the very absorbent coral-colored bathroom rugs. When you wash them and dry them, they still smell horrible, and then you yourself barf into the trash can next to the washer/dryer.

So, what’s it like to cook during this time? There is no cooking, per se. There is the heating of frozen things for others to eat, the moaning in place while others cook, the consumption of a wide variety of crackers, a renewed interest in ramen noodle packets, which cost only 67 cents, and wild veering from the homeopathic to the most chemical-laden of treatments. Someone on Facebook says to mix a teaspoon of cinnamon in a tablespoon of honey, so you try that. Everyone says drink hot water with lemon in the morning, so you do that, after having coffee that inevitably refuses to remain inside your body and instead insists on coming right the fuck back up. Local pharmacies have deals on cough syrup, so you buy them all and guzzle them. The kids get better, and that is wonderful.

Today is the last day of my antibiotic, and I admit I am afraid it has not worked. But yes, yes, it is no big deal. It’s not malaria or refugee status or a million other things that are truly terrible, so should you find yourself, you who may have gotten confused by my inconsistent use of the second person p.o.v. here, sick, I have a menu for you and some sweet cut-glass vessels that I can loan you for the duration.