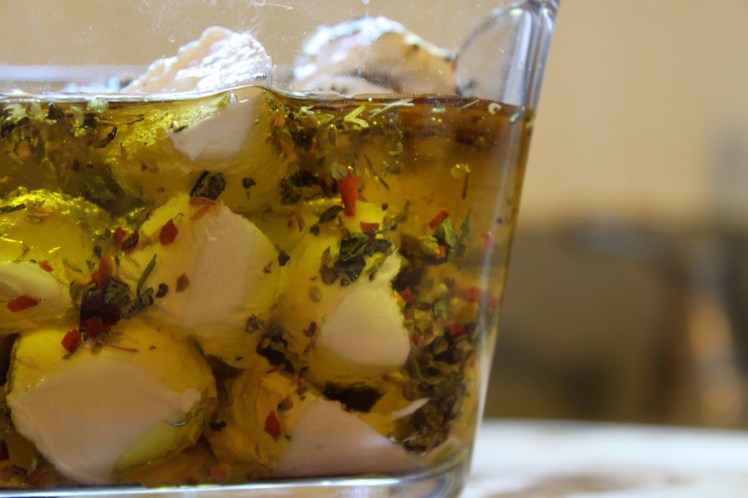 Some chefs say that the best tool in the kitchen is your hands. I was thinking of this one evening while striving to dig out some oil-marinated ciliegine from a plastic container with my fingers, my fingers which are roughly as dexterous as a bunch of almost-ripe bananas. I had read that tongs were for losers, and so didn’t use them, but there is a great divide between the meaning of “tool” as used by chefs and the meaning of “tool” when I am the person in the kitchen.

Scrabbling around in a small tub of oil, I felt both like a dog on an ice rink who kept skidding past her bone and also like I had happened upon the finger bowl of a very practiced creep. The kind of person who seems overly calm and watchful when you are on a date with him in his Brooklyn loft, and you are wondering aloud if the floor that is giving you so much trouble is actually tilted or, silently, if you’ve just been given a poisonous-ish drink until you realize that both those things are true and the polished cement floor in fact slopes toward a drain in the center of his bedroom. And then you very briskly get out of there and forget about meeting any more new people in New York and only talk to people you’ve known for at least 10 years after that. You backpedal into the Victorian age for a few months.

Did the Victorians eat small oily balls of mozzarella? I think not. I think the word “drippings” came up a lot, and the phrase “goodness, we are having fishes tho we dwell so far inland.” Also, did Victorians go for homeopathy? And is it correct to use that term when one is attempting to solve a ball problem with more balls? On the finger bowl night, I couldn’t get out of work in time to shop for the 800 ingredients needed for the black bean tostadas and roasted corn relish I imagined I was going to make, and so I grimly decided to make spaghetti and meatballs. I did not want meatballs; no one else wanted meatballs. But we were having them. And they were not homemade but coming from a large bag, which I overtipped into a saucepan that did not have quite enough sauce in it and there was no more sauce to be found, so there were too many meatballs and too little sauce, and it was rather like this Flight of the Conchords dance floor situation:

The ladyspace I was making was an extremely foul caprese salad, involving me dropping oiled up cheese balls on a plate and then strategically placing whatever shreds of unwilted or only semi-listless leafy things I could find around them. There was kale firm enough to make a ruff for the Duchess of Norfolk.

There was very mature spinach, dried basil from our herb garden and also fresh basil from a pot that I was deforesting. There was a winter tomato that was so pale and mealy it resembled a wine biscuit. There was spaghetti that I was not stirring properly because my hands were kind of slick, and the ends of the strands were stuck to the side of the pot and hardening like the pasta thought it was in a hands-on-a-truck competition.

This was all happening during the super blue blood moon, though, and you know what that means. It means I was relatively innocent, because the super blue blood moon is when WASPs who have been stuffing down their doubts about their unearned confidence, doubts that furl up every so often, but in tightly wound and unsettling protuberances, like lone fiddleheads on the forest floor, suddenly go ahead and express not just one but several emotions fully, like… like Irish people! Or Italians, for Chrissakes! ITALIANS! And those emotions have been drowned in gin and tonics and white wine for so long that they are kind of like all the failed clones of Ripley in Alien, but before the WASPs take a flamethrower to those clone-feelings, they unhinge their jaws and drink the blood of their nannies and cleaning staff. So who cares if I made a garbage meal? Well. I regret it.

Also regrettable is the fact that cooking and talking, or even cooking while someone is standing near me, is impossible. My children sometimes lean on my legs when I’m at the stove. I don’t want to push them away. And yet I also don’t want people to be near me or try to talk to me as I cook. Well, I want the voices of Mavis Staples or Bonnie Raitt to be the only ones I hear. And I want them to be saying, specifically, “Let’s just have a whiskey and a bowl of cereal.”

But it is Kate Bush I hear. Kate Bush, you are a masterful queen! But you make me want to jump to my death, sort of! “Hounds of Love!” “Wuthering Heights!” Try watching the video for “Babooshka” and then not engaging in drug-seeking behavior with any friends who have clinical anxiety.

Kate Bush was not the voice shrieking around the kitchen years ago, when I did not recognize my failures as such because I was the only person who was going to eat what I made and I am happy with glop. More specifically, I am happy with a heap of orzo, improperly drained and cooked frozen spinach, feta cheese, cumin and canned tomatoes.

Now the goal is to try to smother all my impulses, because my impulses are to make heaps of damp, cumin-scented food. And I think I always know how it is going to go: badly. But what I think I know I sometimes do not.

Maybe a night or two after the super blue blood moon, I got to go to a restaurant I haven’t been to since the night before the 2016 presidential election. It was wonderful then, and is wonderful now. It is the persistence of a good thing. Among the things I ate there was raw scup. My only previous experience with scup was watching friends who had just fished a bunch of it out of the ocean try to prepare it for frying and then give up entirely and throw what looked like a small heap of jutting tiny bones and wrinkled gray paper that was oozing goop into a bush. I have heard scup called a “trash fish.” If you had told me that I was going to eat scup, and that I would like the scup the best of everything I had eaten at a restaurant that confounds me with happiness, I would have punched you in the face. Well, I would have shown you a cartoon of someone getting punched in the face. I don’t want to punch you in the face. I do not understand what made the scup at all edible, never mind delicious. There was oil involved, but not in a small plastic tub.

I also do not understand how, when I got a push notification from work at 2 a.m. on the second night of an illness that kept me in bed for most of 70 hours, and involved weighing continuing to experience tremendous thirst against the prospect of barfing upon standing up to get water, instead of having an anxiety dream, I dreamt that my siblings and I were giving Jordan Peele his Academy Award for Best Picture by the entrance to the cellar of the house I grew up in. We weren’t awarding it, but we had stored it for him while he was at a party. He was wearing several scarves. It was spring and there was forsythia blooming yellowly all around us. So delight proceeds from somewhere, but where I dunno. Not from Russian bots or scapegoating. Not from using a chef’s best tool when you are not a chef. Not from throwing scup behind Kate Bush. Probably there is an expression of this in math. Oh! I found it: 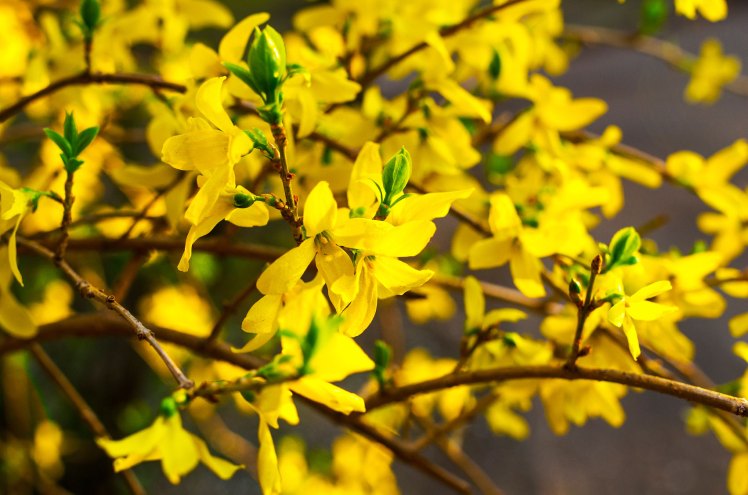